Skip to content
Home/Uncategorized/CHANGEMAKERS: THE VISIONARY OF FUN, VERNON MCGUGAN

A truly creative mind – McGugan was project executive for the design, construction, and operations for the Harry Potter attractions at Universal Studios Japan and has decades of experience at Disney. 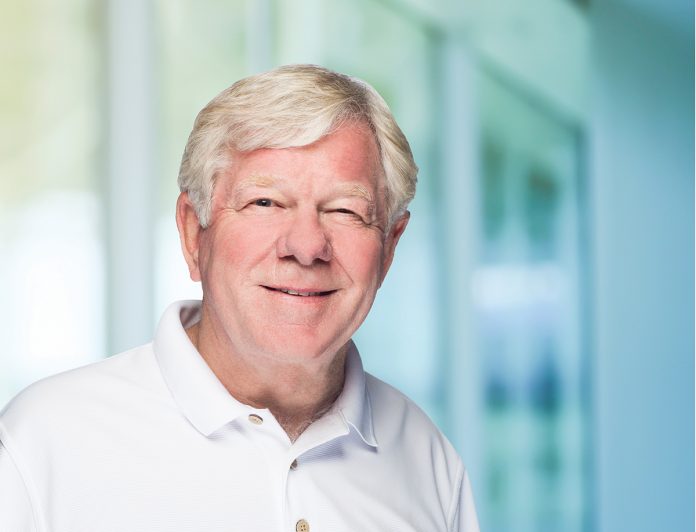 In an era of rapidly morphing creative technology, it’s quite a thing to envision the future, but for Vernon McGugan of DreamCraft Attractions it’s as common as taking cream with coffee.

As CEO of the Victoria-based company, which creates virtual (VR) and augmented reality (AR) games for theme parks, McGugan takes the entertainment business seriously, with a smile.

“In theme parks right now there is no real-time technology being used for rides, so this is a really innovative idea,” he says of DreamCraft’s primary function. “VR has been experimented with, but not in a real-time way, not in an immersive way like we’re doing.”

With 22 years at Disney and 20 years at Universal Studios Japan and Universal Creative under his belt, McGugan can comfortably say he knows the theme park world, which uniquely positions him to assess what kinds of new attractions, like the ones created by DreamCraft’s designers, will succeed.

The first VR experience game the company created was installed at Busch Gardens in Virginia and involved a standard-motion base combined with virtual-reality experience — essentially combining real movement with virtual reality — like being in a video game where you can feel the hills rolling underneath you.

They’ll soon be installing another 24 units at a theme park in China, and have patented hygienic VR head gear technology, because would you want to wear a headpiece that thousands of people had used before you?

“It’s a hugely rewarding opportunity in theme parks because you get to see people enjoying them,” says McGugan. “Oftentimes, when you manufacture things you don’t get to see the joy that you bring when someone has a great experience.”

What’s the first thing you do each day (to set the tone for productivity)?

I talk with the senior management team to establish priorities. There are also standup meetings with each team to discuss their project activities for the day.

When you stall on an idea or problem, how do you work through it?

Our approach is that all problems have a solution. Given that, once we hit a roadblock we convene a team from various disciplines to look at the issue from a fresh perspective.

A gentleman who passed away recently named Marty Sklar. He was the head of Walt Disney Imagineering for many years and worked with Walt Disney to design the theme parks. He treated everyone with dignity and respect.

How do you decompress?