MODULAR VR HEADSET IS MADE FOR AMUSEMENT PARKS 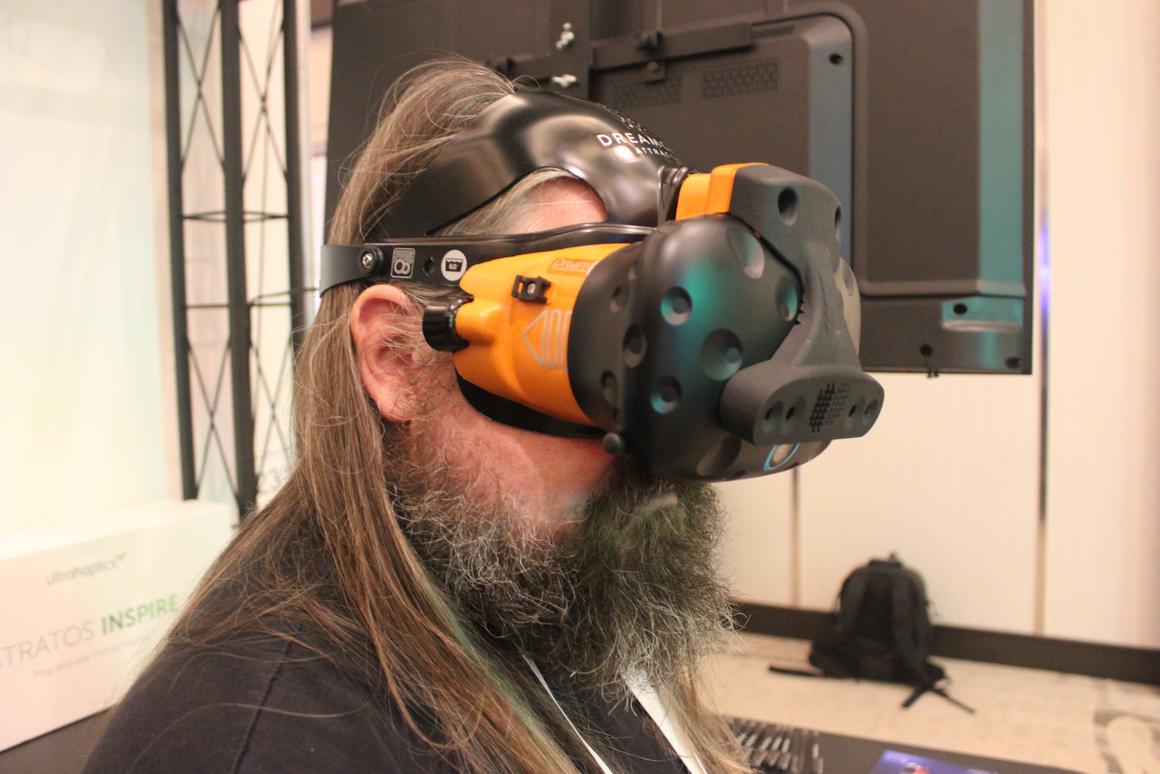 Virtual reality headsets are increasingly being put to use at theme parks, in setups that move around in accordance to what wearers are experiencing in the VR world. A new modular headset is designed to make the experience more efficient and more hygienic.

Ordinarily in such attractions, once a user is seated, they have to spend some time adjusting the VR headset’s headband to the unique shape and size of their noggin. Additionally, that headband has previously been worn by other users without being washed, and will subsequently be worn by many more.

Developed by Canadian startup Dreamcraft Attractions, the DreamSet system addresses these drawbacks with a two-part design. This consists of an adapted third-party HMD (head-mounted display) such as an HTC Vive or Oculus Rift, along with a separate adjustable headband.

The headband is given to users while they’re still waiting in line, giving them plenty of time to adjust the fit without holding the other users up. Once they get to the ride itself, they just snap the waiting HMD onto the headband via three powerful magnets, and they’re good to go.

Afterwards, the HMD remains tethered to the ride for the next user, while the headband gets tossed in a bin and then sanitized in a commercial dishwasher – the idea is that each ride will have numerous headbands on hand.

Showcased last weekend at the VR/AR Global Summit in Vancouver, the DreamSet is already in use at Busch Gardens in Pennsylvania and at a theme park in China, with other partnerships currently in the works. The company is also looking into incorporating washable headphones into the headband.